This is a simple and non-invasive treatment that targets areas that are full of fat. The process is simple and consists of the cooling of targeted areas over an hour. This causes the fat cells to die and be expelled from the body over the next three months. In Singapore, fat freezing is preferred by many as there are no incisions that are made and one would be able to resume their routine immediately after. Unlike liposuction, where general anaesthesia is involved, there are no risks with this procedure.

This is the world’s top, non-invasive, fat freeze procedure (especially popular in Singapore) that contours the body through the freezing of unwanted fat. It is an FDA-cleared treatment that uses a handheld device to accurately freeze and destroy fat under the surface of the skin. It’s intended to combat the stubborn areas that are unable to be gotten rid of by diet or exercise. These areas include the abs, underneath the chin, love handles, back, bra fat, inner and outer thighs, upper arms and what is commonly known as the “banana fat”. The process used by Cooltech Fat Freeze and CoolSculpting is called Cryolipolysis. This is a nonsurgical and painless fat freezing technique for localized fat reduction that is a good option for body contouring while keeping in mind the possible complications from invasive methods like liposuction. It is also a good procedure to consider as there are little to no side effects. 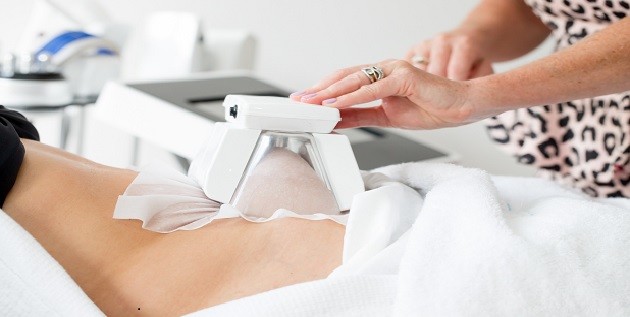 In Singapore, Fat Freezing targets and leaves no fat cell untouched, and after they are frozen, the body processes and gets rid of them. The procedure begins by placing a small device on your body and a cooling system is started. The fat cells are frozen into crystals that are automatically eliminated by the body and make your body slimmer. In the beginning, a chill will be felt but it will disappear quickly. There is no fixed duration for each session but people take the time to nap or read a book. Should there be multiple areas that require this fat freezing treatment, the procedure can be repeated until the desired outcome is achieved.

The best route to take is to start with a consultation with an experienced fat freeze physician in Singapore who will then provide you with advice, knowledge and the range of options available. The best place to get the procedure done is somewhere with the best facilities and most experienced practitioners like Illumia’s Dr XiangNing. The experience of the practitioner is important as the entire process must be carried out with a certain amount of precision and no step can be skipped. In Singapore, fat freezing is almost a godsend for us busy 9-5ers since it has zero downtime.

Other forms of fat freeze in Singapore

Where to find fat freeze procedures. Most aesthetic clinics will have medical grade fat freeze machines like the ones mentioned above. A personal favourite is Nuffield Aesthetics, an aesthetic powerhouse in Singapore.