Friday, May 21
Aesthetic Treatments in Singapore. Your Guide to Lunchtime Treatments
ASIAROXY NoDownTime
0
(0)

Coolsculpting in Singapore – Is fat freezing the right treatment for you?

Looking to reduce those stubborn pounds without the pain and recovery of surgery? The answer to that fat reduction in Singapore is coolsculpting or cryolipolysis. Coolsculpting in Singapore is a MOH approved procedure that is both quick and effective. It works by freezing the fat in targeted areas of your body through the use of a non-invasive applicator that leaves the outer skin layers untouched. Cryolipolysis is a technique that was developed and patented by Zeltiq to suit their CoolSculpting system. The system works by lowering the treated fat temperature to sufficiently freeze and destroy them. The fat cells are then eliminated by the body over a course of three to four months. The results are permanent but this process is only for those looking to lose small pockets of stubborn fat.

Fats is an umbrella term for a group of compounds that are soluble in organic solvents but insoluble in water. Fats can be solid or liquid when at room temperature, depending on its composition and structure. These cells are crucial to many life forms as they serve both metabolic and structural functions. In humans, they’re an important part of our diet and are broken down by enzymes called lipase that is produced in the pancreas.

Thanks to advances in technology, people don’t have to sweat themselves out or starve themselves for days on end to get slim. Instead, In Singapore, procedures like Coolsculpting and cryolipolysis exist to make the reduction of localized excess fat easier.

Coolsculpting is a non-invasive treatment

But aside from that, here are some factors that set it apart from other fat loss procedures.

Coolsculpting in Singapore – How is it done?

In Singapore, Coolsculpting is done with the aid of medical machines. The doctor or certified cryolipolysis technician (Yes, coolsculpting in Singapore requires certification) will place a device in the targeted area of the body. The device pulls the fat bulges between cooling panels and proceeds to freeze the cells under the skin. The duration of the procedure depends on the size of the area being treated but it usually takes an hour.

Who is suitable Coolsculpting in Singapore?

We’re a busy country with ahem, little time for exercise so almost anyone is a suitable candidate for coolsculpting in Singapore. In particular, anyone looking to lose stubborn bulges of fat, anyone who doesn’t like exercise or those looking to shed pounds without going under the knife. That being said, the procedure is mainly designed for those looking to lose fat in the upper or lower abdomen or the flanks, though recent improvments in technology in Singapore has allowed for coolsculpting of arms and thighs too.

How effective is Coolsculpting in Singapore? 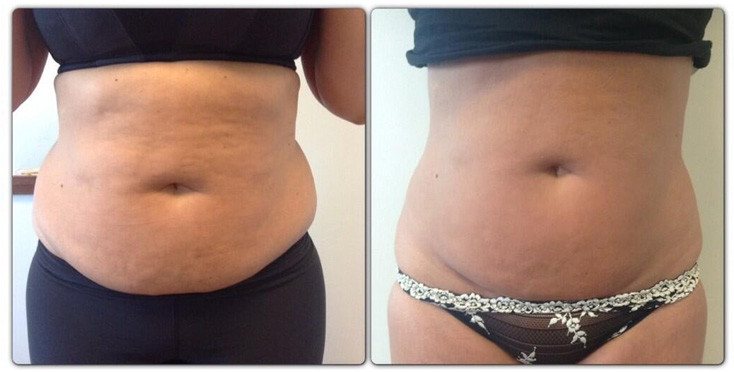 Does coolsculpting in Singapore really work?

Those who have undergone coolsculpting in Singapore have reported a 20% to 26% reduction of fat. The end results are quickly achievable and experts have said that the results will last a long time if the patient maintains a healthy lifestyle and exercises regularly. However, should the person gain weight post-treatment, the weight will be distributed among the remaining fat cells in the body. This, however, is not the usual lunchtime aesthetic treatment.

The Pros of Coolsculpting in Singapore

1. The location of the procedure

Unlike other fat loss procedures, this treatment can be done in a doctor’s or dermatologist’s office at any time.

As this is a non-invasive procedure, the overall treatment does not hurt. The most that may be felt is a cold, sucking sensation around the area of treatment.

Results are visible after just a few treatments and will be sustained with the right diet and amount of exercise. Areas that usually show the best results are the stomach, abdomen, flank, back area and thighs. For men in particular, the procedure is especially helpful in the elimination of a double chin. This procedure ensures longer lasting results as the frozen and eliminated targeted fat cells have no chance of reappearing.

Unlike traditional liposuction, this is a non-invasive procedure and so the chances of bleeding or an infection are eliminated. The advances in modern technology have made this approach ideal for anyone and everyone looking to improve their body. Of course, you can always start training and remove your body fat naturally but this requires diet and a lot of physical activity.

Singaporean doctors are tightly regulated by MOH locally. Our doctors are also highly regarded in the region due to rising standards that set the bar for others to follow. Despite so, a coolsculpting effect is not considered a simple procedure so always make sure you research online before signing up. You can check out Dr Liu Hanping if you need a reliable recommendation.

Is Coolsculpting the right treatment for you?